Healthcare delivery is directed by a country’s constitutional laws and policies. Since the government is responsible for creating, interpreting, and enacting these laws; it must be the government that directs the context by which healthcare is delivered to the people. These health policies and their enactments are dependent on the administration’s perceptions and perspectives — regardless of the accuracy of these views — to direct which issues to prioritize and how to address them. Often, a change of people in power comes with a change in emphasis on which issues the government will tackle. With the advent of a new administration in June 2022, a new series of changes in the delivery of health should be expected. 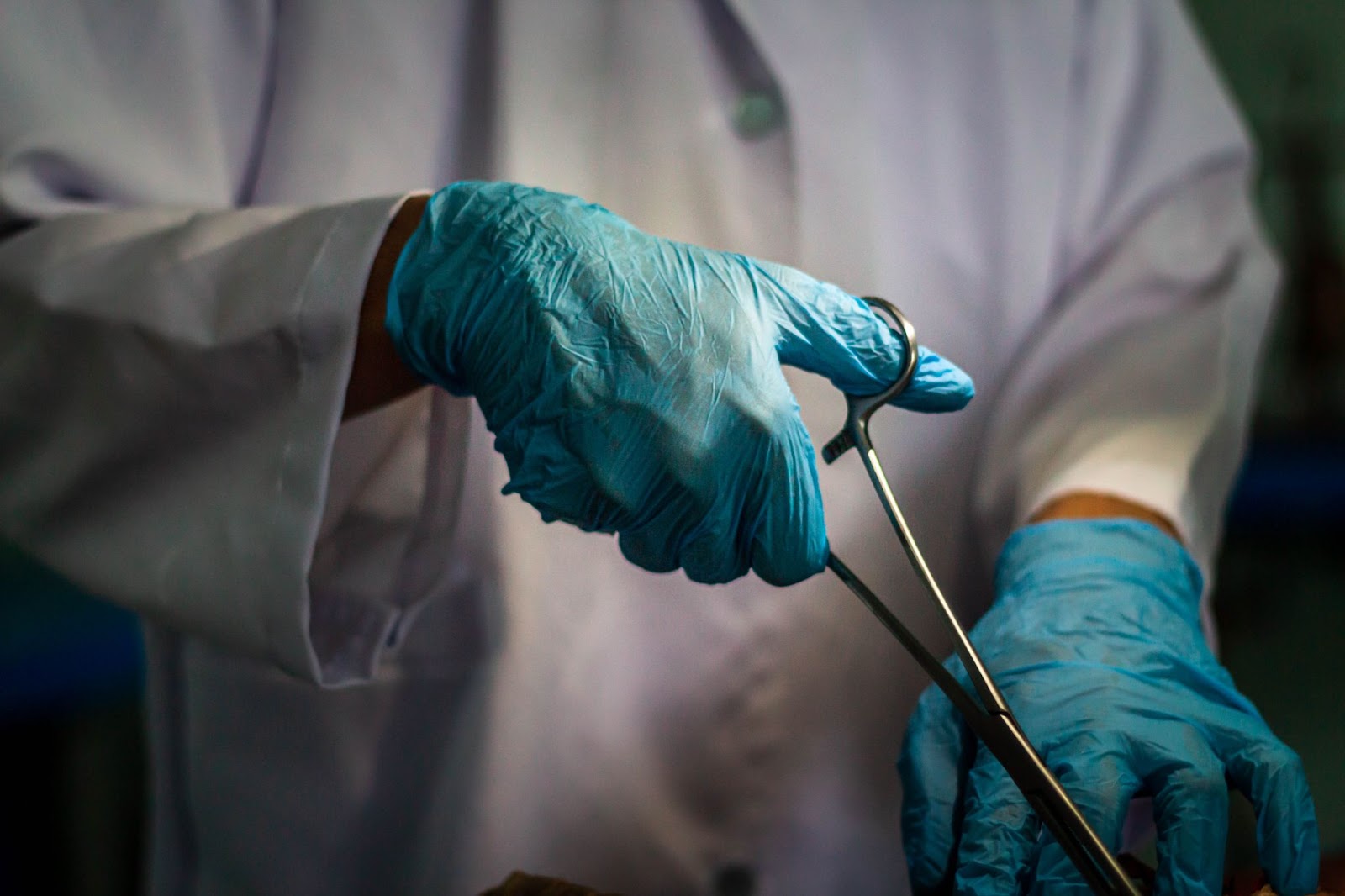 As policy has an immense impact on our practice, government must look to science in the creation of new laws for the betterment of Philippine healthcare. Photo by: Joaquin Arriola

In almost all cases in the Philippines, doctors hold the highest positions in the healthcare system. Doctors have the responsibility of evaluating health-relevant bills and laws for their appropriateness. Through their feedback, doctors advise and help the government make better decisions regarding the direction of the country’s healthcare. Along with the different medical societies and groups, the Department of Health (DOH) can and should be expected to be the main bearers of this responsibility as the government’s healthcare arm. Policy then appears to be one of the primary junction points where doctors and the administration meet. A notable example is the Sin Tax Law wherein doctors such as Dr. Antonio Dans, a faculty of the UP College of Medicine, have played an important role in the passing of this law.

However, the relationship between healthcare professionals and policy-makers has not always been favorable. There were cases when the DOH and other medical groups attempted to defend public health by opposing policies with negative and uncertain health-related consequences, such as the recent Senate Bill No. 2239, more widely known as the “Vape Bill.” This bill, if passed into law, would bring down the age restriction on vaping from 21 to 18, allow for various advertising strategies of vape products, e.g., online, and would allocate regulatory responsibility and power to the Department of Trade and Industry instead of the Food and Drug Administration. These provisions along with others in the bill indicate a clear attempt to circumvent the Sin Tax Law.

Examples of implemented laws that have affected Philippine healthcare include the Local Government Code of 1991 (in which the devolution of healthcare was codified), the Cheaper Medicines Act of 2008, and the more recent Universal Health Care Law of 2019. Some of these laws drew criticism and protestation from medical and activist groups — but it seems that these qualms did not carry much weight in the eyes of the government. On the surface, these policies appear to be beneficial for the public. However, the mechanisms by which these policies intend to reach their goals are ineffective. For example, the Cheaper Medicines Law promised to make medicines more affordable by facilitating competition between drug companies to lower prices as its primary mechanism. However this mechanism failed, thus prompting then President Gloria Macapagal-Arroyo to release the Maximum Drug Retail Price list, followed by the Government Mediated Access Price list, and later amendments to directly control the price of selected medicines. Had the law controlled the prices from the start, the coverage of medicines would have been complete and there wouldn’t have been a need to make these later modifications. Even then, it did not address other pressing issues such as unavailability and inaccessibility.

The most recent examples of government directives that have affected healthcare include President Rodrigo Duterte’s war on drugs and his pandemic response. Duterte’s rhetoric indicated that he chooses to view the illegal drug use epidemic as a criminal issue rather than a public health issue. His view has exacted a heavy toll. Despite the official Oplan Tokhang guidelines that prescribed precautions to avoid unnecessary violence and death, the Philippine News Agency reported that 6,229 individuals have died during drug-related operations while the International Criminal Court’s Office of the Prosecutor estimated that as many as 12,000 to 30,000 individuals may have been killed. Muddling these figures further is the issue of falsified death certificates of alleged drug war victims. Many certificates claimed that alleged victims have died of natural causes, such as heart disease or complications of diabetes. However, the country's foremost forensic pathologist Dr. Raquel Fortun's recent investigation into the matter has uncovered evidence of violent causes of death such as gunshot wounds in skulls and other bone fractures. These findings clearly show that these deaths are other than natural. Unfortunately, the effects of this operation does not end once the suspected users are dead. The effects extend into affected families and the community by shaping attitudes towards suspects and their relatives. Duterte’s pandemic response likewise takes a military approach by appointing military personnel in key positions, calling the disease “kalaban” or enemy, and describing how the response must be a war on COVID-19. This emboldened the use of draconian measures in one of the world’s longest and restrictive lockdowns. Such was the case of Darren Manaog Peñaredondo who died after he was forced to perform squat-like “pumping exercises,” after he was seen outside curfew hours attempting to buy water for his family. In another case, five youths were forced to be locked in a dog cage for likewise violating curfew. With these terribly ineffective strategies, many have died and many more have suffered through hunger and unemployment especially during the height of the pandemic. According to the Philippine Statistics Authority (PSA), the combined total of deaths due to COVID-19 from 2020 to 2021 amounts to about 135,863. Unemployment rose during the pandemic reaching a record high of 17.6% in April 2020, slowly settling to 8.7% in April 2021, and 6.2% in November 2021. While the PSA announced that the country’s self-sufficiency improved and that import dependency declined during the pandemic, a Social Weather Stations survey showed that hunger still rose to a record high of 21.2% in 2020, remaining high ranging from 10% to 16% during 2021 to the first quarter of 2022. According to Jun Neri, Bank of the Philippine Islands economist, this could be interpreted to mean that while there were more goods available for purchase, there were fewer buyers due to loss of income from unemployment.

When policies are poorly made, the consequences compound. But Filipinos embody the quality of being “matiisin” or long-suffering. They often choose to bear hardship rather than speak out or complain, and only doing so when they can bear the weight no longer. Dr. Gene Nisperos, Faculty of the Department of Community and Family Medicine of the UP College of Medicine, observes this to be a trait prevalent in doctors. “Hindi naman usually nagrereklamo ang doktor,” he said. For example, as long as the doctors’ ability to provide healthcare services are not too severely hindered, they tend to accept any change that comes along their way without much fuss. Medical associations, societies, and colleges did not speak out nor publish any statements. This silence was still brought about despite the poor handling of the pandemic response and individual doctors voicing out their thoughts in several platforms. “Saka na lang nagsalita noong nananawagan na ng time-out yoong mga healthcare workers dahil sa overload ng mga pasyente,” Dr. Nisperos said. It seems that for many, doctors are viewed to be primarily involved in the delivery of healthcare more than in the development of policies that influence this delivery.

This is the other side of the relationship between doctors and the government. From one side, the government releases its instructions to its healthcare arm, and the healthcare arm accepts it. However, to simply accept an instruction knowing that it may do more harm than good is a grave error especially since these instructions have consequences of life and death. During the height of the pandemic, health professionals have called for mass testing and community empowerment. But the highest office in the land and its allies responded with an attitude that a vaccine drive alone would be enough to rescue the country. The administration even went so far as to red-tag some personnel who attempted to contribute in some way to ease the burden of the pandemic, such as in the case of the community pantries.

There are many laws with ill-conceived provisions based on unsound premises. Expertise should have been lent to the making of these policies. Even if they were lent, they were not listened to. The perspectives and opinions of policy authors must not be the sole or primary factor in determining national directives, but rather it must be the truth arising from data and evidence which is often in the stewardship of respected experts.

Politicians who refuse to keep an ear to the ground have caused more harm than good. We as a nation have chosen the people who will occupy the highest posts in the country last May 9, 2022. These people will determine the direction of healthcare in our country. For there to be any point to delivery of healthcare, the elected government officials must heed the words of the doctors, nurses, pharmacists, therapists, scientists, researchers, and all other professionals who have been urging for improvements, proposing sound plans, and fighting for true health for all. Otherwise, the Filipino people will have to endure another six years of needless suffering, perhaps longer.